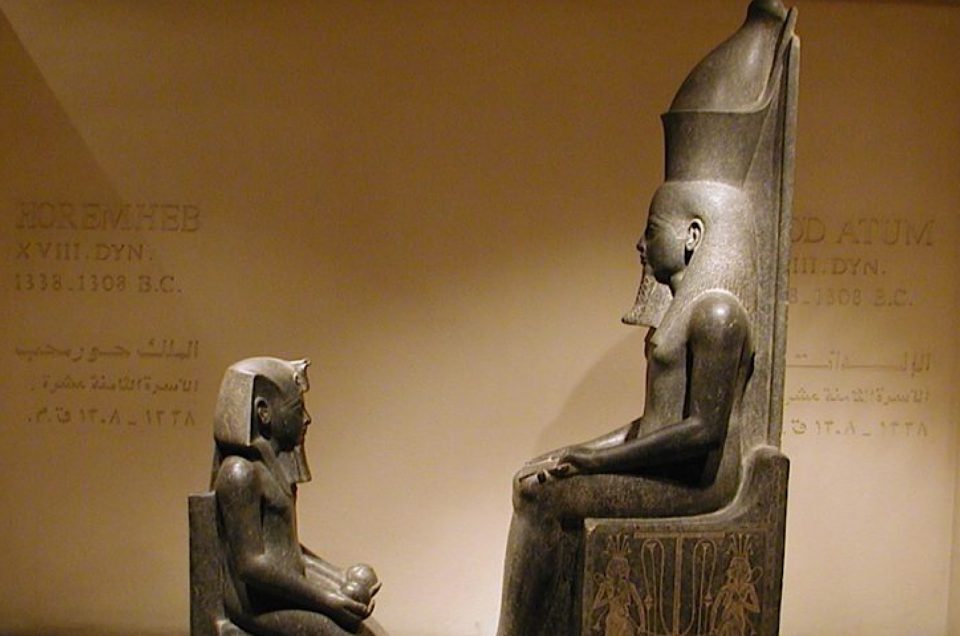 Atum’s name is thought to be derived from the verb ( tm ) which means to complete or finish. Thus he has been interpreted as being the “complete one” and also the finisher of the world, which he returns to watery chaos at the end of the creative cycle. As creator he was seen as the underlying substance of the world, the deities and all things being made of his Ka.
Atum is one of the most important and frequently mentioned deities from earliest times, Specially according the Heliopolis mythology of creation, as evidenced by his prominence in the Pyramid texts, where he is portrayed as both a creator and father to the king.
Is usually depicted as a man wearing either the royal head-cloth or the dual white and red crown of Upper Egypt and Lower Egypt, reinforcing his connection with kingship. Sometimes he also is shown as a serpent, the form he returns to at the end of the creative cycle, and also occasionally as a mongoose, lion, bull, lizard, or ape.

Atum’s worship centered on the city of Heliopolis (Egyptian: Annu or Iunu).
The only surviving remnant of Heliopolis is the Temple of Re-Atum obelisk located in Al-Masalla of Al-Matariyyah, Cairo. It was erected by Senusret I of the Twelfth dynasty, and still stands in its original position.The 68 ft (20.73 m) high red granite obelisk weighs 120 tons (240,000 lbs, 108,900 kg), the weight of about 20 African elephants.