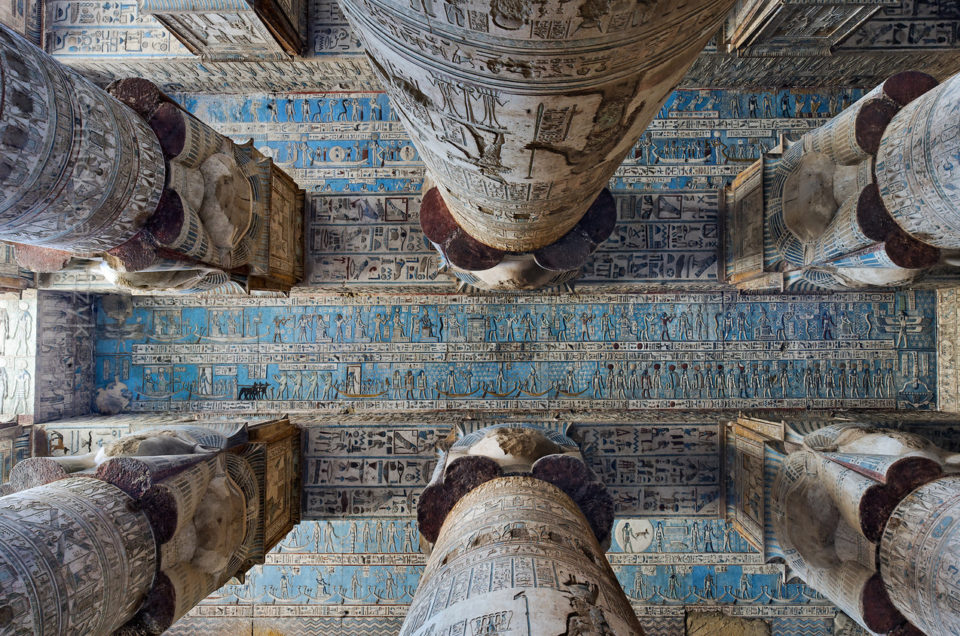 The beautiful mother and her role as a universal mother

Hathor enjoyed great popularity throughout ancient Egypt, and her religious center in the city of Dendara and the name of the city in the ancient Egyptian language was ionite (Dendara). Hathor was sacred in the city of Ionite since the ancient age in the oldest forms, the cow symbol fertility and motherhood and the word Hathor in the Ancient Egyptian language means (Beit Horus) which is believed that this House on a page of the sky which Horus flies beneath it, as the titles of Hathor confirms this meaning which expresses its names Because of her titles (The Niter of Heavens, the golden, the Niter of the Stars). And here we stand together in front of excerpts and scattered texts indicating the role of Hathor in the process of creation as a mother and to present these texts found in the coffins (central state) and it deals with the rise of Hathor to the sky where he says the coffin text (here is Hathor ascending to the horizon and around her entourage weaving her a dress The stone is opened and the caves of Hathor open wide so that Hathor can climb in its turquoise form. The texts of the Temple of Edfu in the sacred marriage between Hathor and the great Horus describe the supplications of Lahthor, describing it as the one that flew the divine entities and human beings, which depicted the animals and created all sorts of offerings and plants.

The texts of the Temple of Edfu also tell Hathor, after being resurrected from her temple to Horus, carrying August and giving birth in her temple and this son is Hoor sama Tawi. There is also a text that speaks of her as a cosmic mother, a legend represented in the temple of Dscarcity, in which Hathor has a sacred child named Aihy and his meaning is the musician and appears in the Egyptian art in the form of a child holding the prayers of Hathor and playing it The tongue of an adorable text says (look I came to existence, I am the Lord of the Entourage, I am alslasel musician ibn Hathor, I am the great seed I was born from my mother’s heavenly thighs and my name was a jackal who came in the light, I got out of the egg and slipped out of her blood. I’m the rumbling bull. My mother’s son I’m the young boy I’m Hathor I was living in N. Hathor also appeared in many religious texts as a copy of Isis which came out of the womb of the Divine Falcon Horus. The English historian (Edwin Oliver James) says that Hathor is the great mother of the world or the mother nature, the potential inherent in nature to create a new life.
Thus, in the Egyptian religious thought, Hathor described it as the mother of divine entities in heaven and earth. All Divine entities are multiple images of the cosmic mother, even if they are sanctified by ancient Egyptians with different names and bodies.

Book of The Dead


Enjoy the magnificent view of Giza plateau from Py

Abu Simbel Between the legend and the historical i

The Great Pyramid of Giza! www.kemetexperience.com

Valley of the kings, Luxor, Egypt 🇪🇬 The las