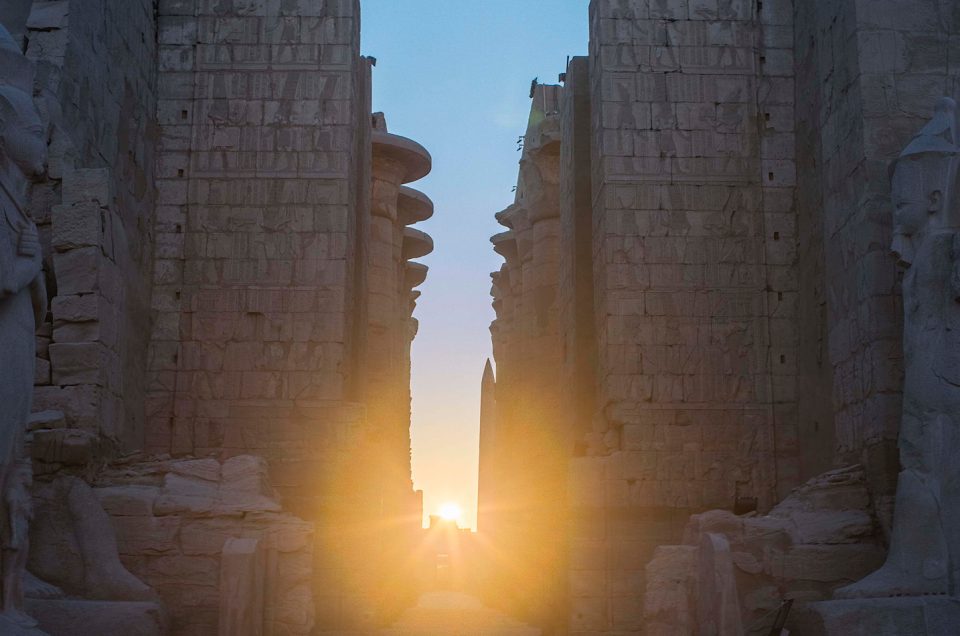 KARNAK is the biggest temple complex in the world, covering an area of 100 hectares. Much of it has been restored during the last century and our knowledge of the buildings here in different periods of Egyptian history is still increasing each year. In ancient times, Karnak was known as Ipet-isut. The Karnak Temple Complex, commonly known as Karnak, comprises a vast mix of temples, chapels, pylons. Construction at the complex began during the reign of Senusret I in the Middle Kingdom and perhaps before that and continued until the Ptolemaic period, the temples are built along two axes (east-west and north-south) with the original Middle Kingdom shrines built on a mound in the center of what is now called the Temple of Amun, although most of the extant buildings date from the New Kingdom. The area around Karnak was the ancient Egyptian Ipet-isut (“The Most Selected of Places”) and the main place of worship of the eighteenth dynasty Theban Triad with the god Amun as its head. It is part of the monumental city of Thebes. The Karnak complex gives its name to the nearby, and partly surrounded, modern village of El-Karnak, 2.5 k.M (1.6 miles) north of Luxor.